It was a cold, rainy day about two weeks ago when my grandpa visited for the weekend. He lives in Toronto. My grandpa came on the train and was happy to see my family.

When he got to our home, he had gifts for us! I got a drawing compass. I used the drawing compass my grandpa brought. It is  very useful and fun . We drew so many circles!!! We even used it to make a perfect octagon.

Then we went to the museum with my grandpa,dad,mom,brother. We went to the Museum of Nature which is not my favorite museum but it’s one of my favorites. I like the nature museum because I like nature. We drove in the car to get there. At the museum we went to see the water animal section. We touched starfish and sea urchins. the sea urchins felt prickly and the the starfish felt rough, they both smelt like fish! It was so much fun.

We also went to the bug section and saw a HUGE tarantula and two different varieties of cockroaches. It was so cool. My favourite section was the water section because we got to touch the starfish and a sea urchin.

Finally, we all  gave him a BIG hug goodbye. Will not see him for a long time I was sad that he was leaving but happy he came.

“Don’t frown because it’s over smile because it happened”

I like origami because it helps me focus and because there are so many cool things you can do with just one piece of paper, but you can also make things out of multiple pieces of paper. For example, check out this model I made out of 12 squares! Here’s a picture: 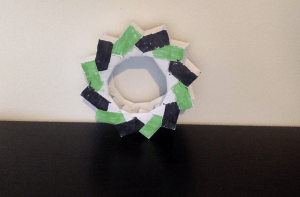 I can make a lot more than just one thing, but it would be hard to name all of them. I’ll name just a few: I can make a ninja star, a crane – like the bird, and I can make a balloon.

There’s a lot more stuff I can make, a lot I haven’t tried, and some I can’t even make.

Here’s a picture of one of the most complicated models. Isn’t it cool? 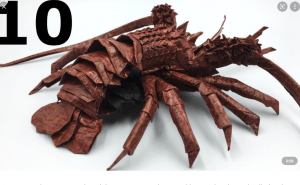 If you want to learn some origami, here’s a suggestion. Try this youtube channel called Rob’s World. There are some easy ones on there, but if you have already done origami before, there are some that might be a little bit harder for you to make. Hope you have fun making origami! Tell me all about your origami creations in the comments. Here’s another cool origami creation I made: 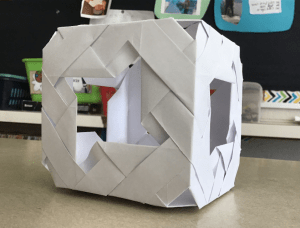 Origami cranes are a very popular type of origami, and they changed the meaning behind the art of folding paper. The crane has always been a common symbol of success and good fortune in Japanese culture. When folded into origami, it is believed that your wish will come true.

Welcome to your brand new blog at Edublogs!

To get started, simply visit your blog’s dashboard, edit or delete this post and check out all the other options available to you.

We can walk you through step-by-step in our guide to getting started with your blog.